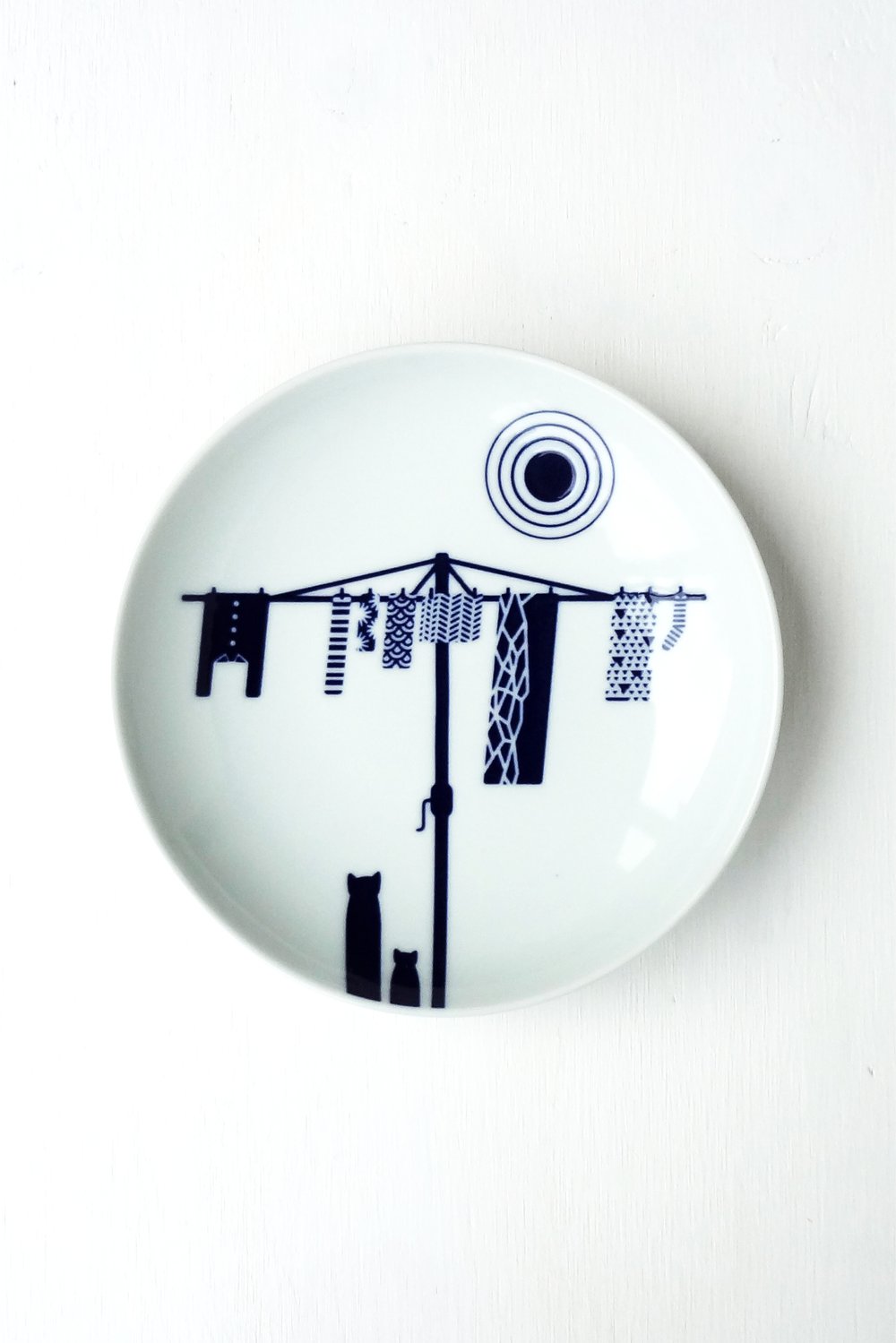 In the 1950s and 1960s most Australian homes had a Hills Hoist. The idea was first dreamt up in 1895 but only started being sold by Lance Hill in 1947, who built
them in his backyard.

They became popular during the housing boom after the Second World War and families have been using them since and is considered an icon of Australian suburbia being affectionately coined the ‘Big metal tree’.

. Inspired and designed in Melbourne + made in Arita, Japan
. Made using a 400-year-old tradition
. Arita porcelain
. Cobalt blue
. 15 cm diameter
. For display or to serve
. Comes with matching box and information insert

This design is also available in a porcelain magnet and linen tea towel.