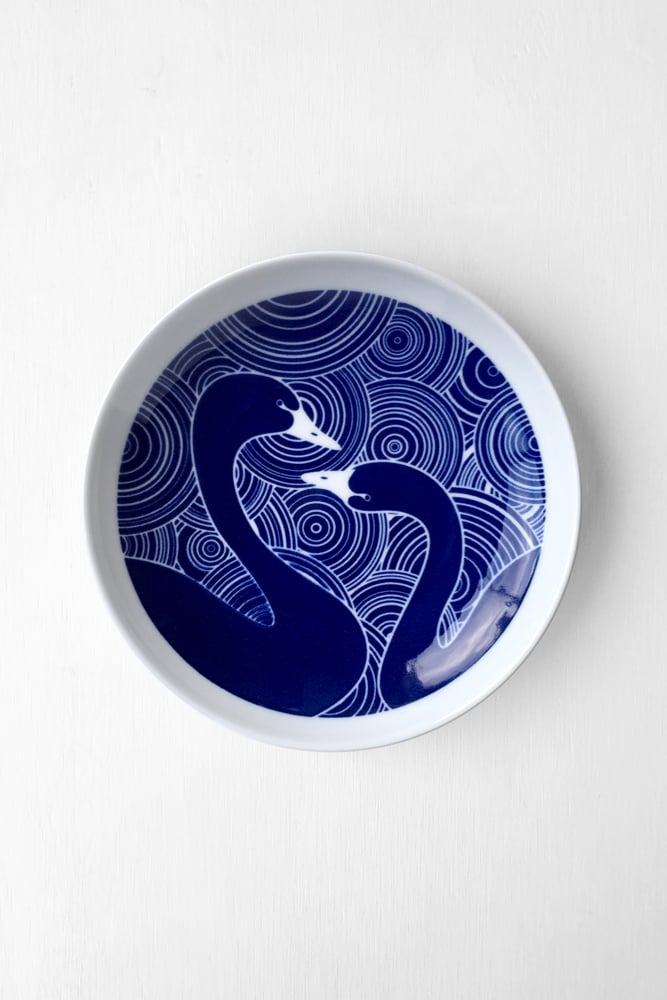 Considered as nomadic and monogamous, the black swan is a large waterbird characterised by it’s contrasting red and white beak that is most commonly found in the Southern parts of Australia but is the official state emblem of Western Australia and is depicted on its flag, as well as on the coat-of-arms. They were introduced as ornamental birds from Europe in the 1800s.

. Inspired and designed in Australia + crafted in Arita, Japan
. Made using a 400 year old tradition
. Arita porcelain
. Traditional cobalt blue
. 15 cm diameter
. For display or to serve
. Dishwasher and microwave safe
. Comes with matching gift box
. Collection them all

This design is also available in a enamel pin.