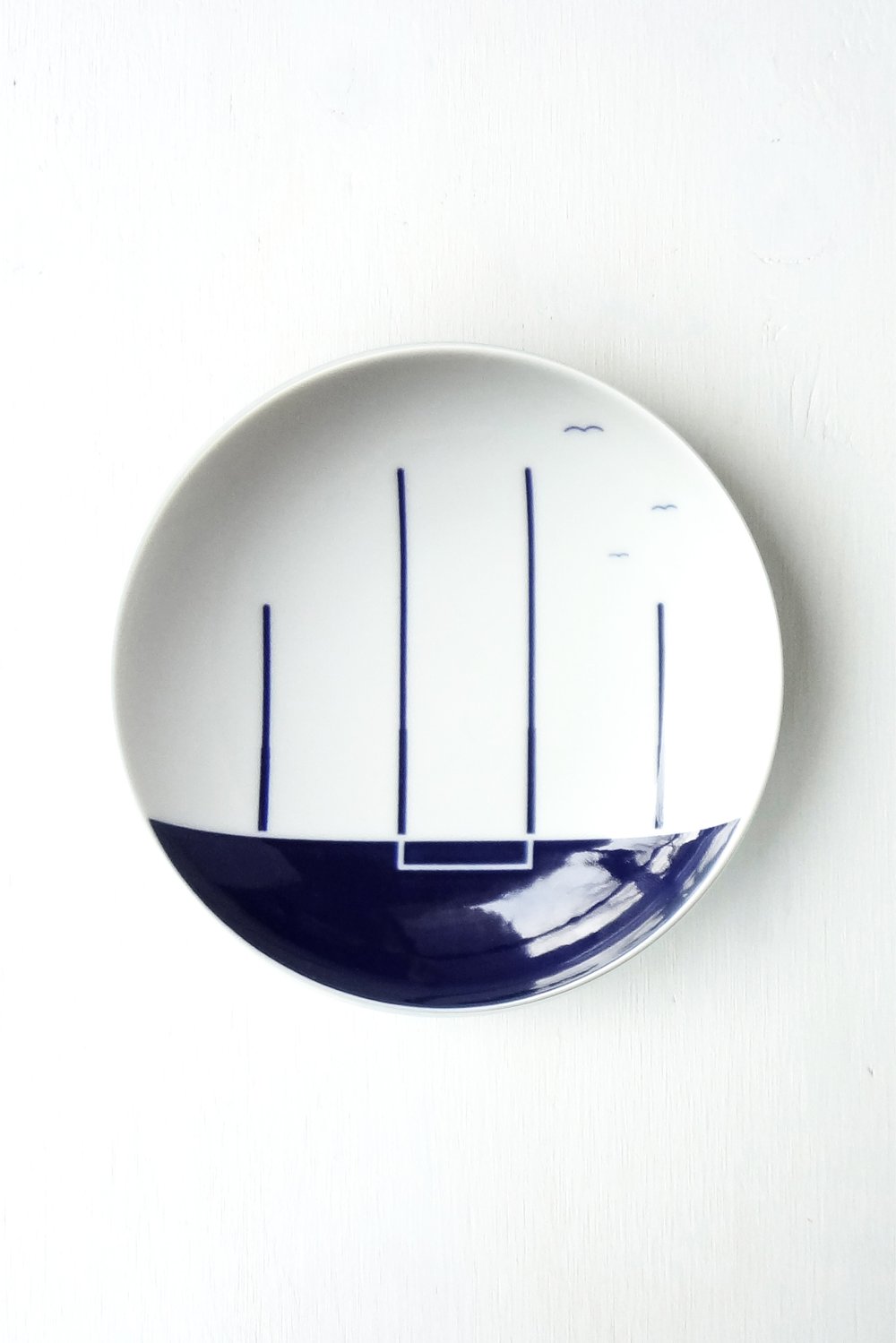 Woven into the fabric of Australian society, Australian Rules has often been difficult to describe. The quick speed and lack of an offside rule tends to produce a spectacle of complete chaos.

Invented in Melbourne and first played amongst private schools in the 1850s, Australian Rules was codified in 1858, predating other modern football games. Tom Wills, one of the founders advocated Australian Rules as a way of keeping cricketers fit during winter off-season.

The exact origins of Australian Rules are a little unclear with suggestions the game was inspired by the Aboriginal game of Marngrook, which involved kicking a possum skin filled with charcoal.

. Inspired and designed in Australia + crafted in Arita, Japan
. Made using a 400 year old tradition
. Arita porcelain
. Traditional cobalt blue
. 15 cm diameter
. For display or to serve
. Dishwasher and microwave safe
. Comes with matching gift box and information insert
. Collect them all

This design is also available in a porcelain magnet and linen tea towel.